All the original paintings have been sold. Only prints and High Resolution Digital files

are for sale. Purchase by clicking on the 2 buy buttons. If interested in

– By clicking on this box you will see further print options. 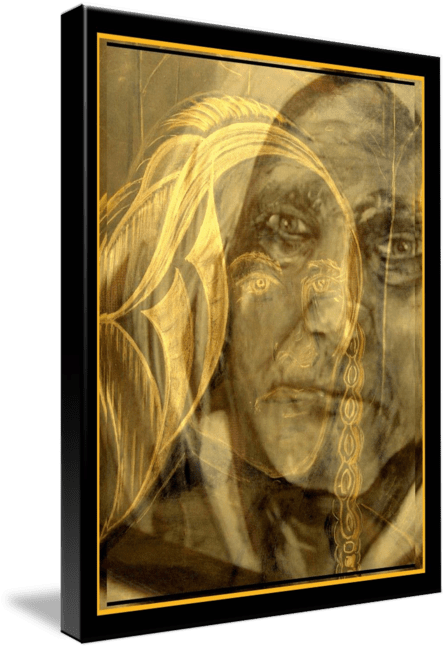 Geronimo (Mescalero-Chiricahua: Goyaałé Athabaskan pronunciation: [kòjàːɬɛ́] “the one who yawns, June 16, 1829 – February 17, 1909) was a prominent leader and medicine man from the Bedonkohe band of the Apache tribe. From 1850 to 1886, Geronimo joined with members of three other Chiricahua Apache bands—the Tchihende, the Tsokanende and the Nednhi—to carry out numerous raids, as well as fight against Mexican and U.S. military campaigns in the northern Mexico states of Chihuahua and Sonora and in the southwestern American territories of New Mexico and Arizona. Geronimo’s raids and related combat actions were a part of the prolonged period of the Apache–United States conflict, which started with American settlement in Apache lands following the end of the war with Mexico in 1848. 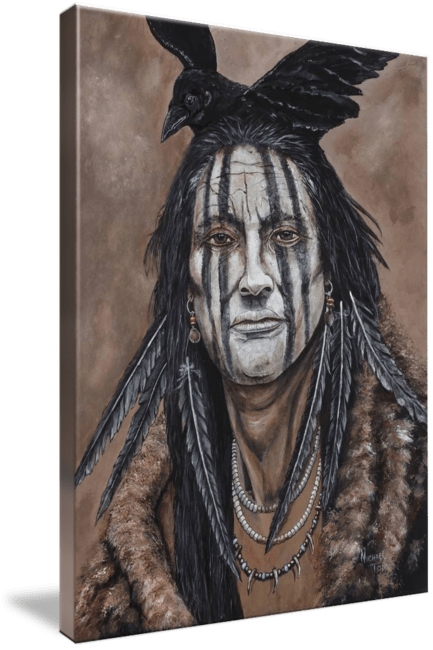 ACRYLIC PAINTING.
During the expansion into the West, the Crow Nation was allied with the United States against its neighbors and rivals, the Sioux and Cheyenne. In historical times, the Crow lived in the Yellowstone River valley, which extends from present-day Wyoming, through Montana and into North Dakota, where it joins the Missouri River.

Since the 19th century, Crow people have been concentrated on their reservation established south of Billings, Montana. Today, they live in several major, mainly western, cities. Tribal headquarters are located at Crow Agency, Montana.[3] The tribe operates the Little Big Horn College.[2] 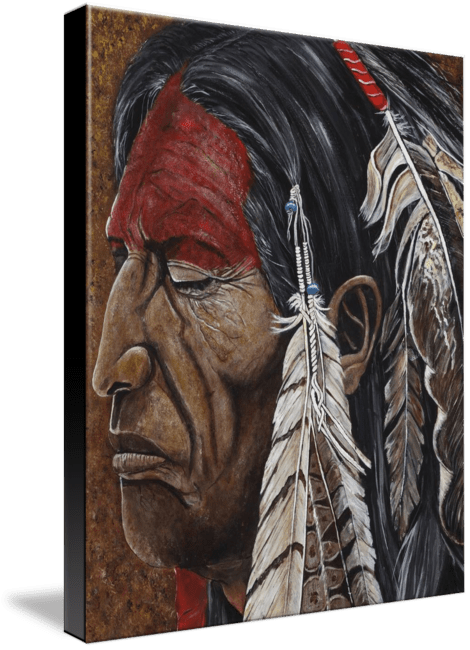 In the ceremonial context of indigenous North American communities, “medicine” usually refers to spiritual healing. Medicine men/women should not be confused with those who employ Native American ethnobotany, a practice that is very common in a large number of Native American and First Nations households.[2][3][4] 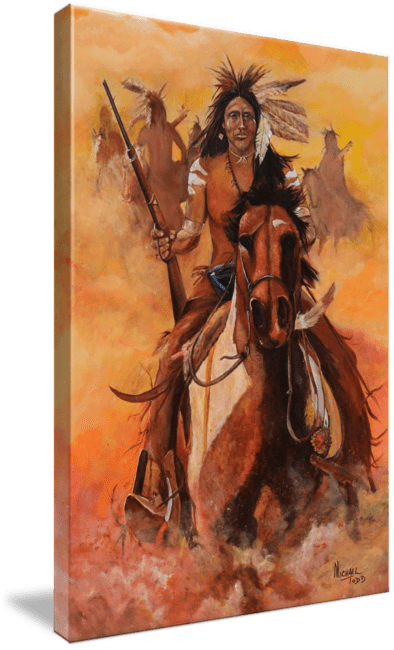 The Apache (/əˈpætʃi/) are a group of culturally related Native American tribes in the Southwestern United States, which include the Chiricahua, Jicarilla, Lipan, Mescalero, Mimbreño, Ndendahe (Bedonkohe or Mogollon and Nednhi or Carrizaleño and Janero), Salinero, Plains (Kataka or Semat or “Kiowa-Apache”) and Western Apache (Aravaipa, Pinaleño, Coyotero, Tonto). Distant cousins of the Apache are the Navajo, with whom they share the Southern Athabaskan languages. 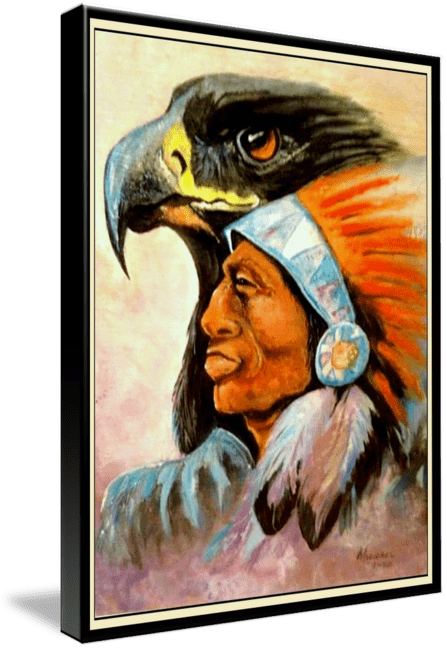 The Comanche or Nʉmʉnʉʉ are a Native-American nation from the Great Plains whose historic territory consisted of most of present-day northwestern Texas and adjacent areas in eastern New Mexico, southeastern Colorado, southwestern Kansas, western Oklahoma, and northern Chihuahua.